Nicola Williams did her BSc and PhD at the University of Liverpool (UoL) in microbiology, before working in industry as a microbiologist and then returning to Liverpool to take up a research post. 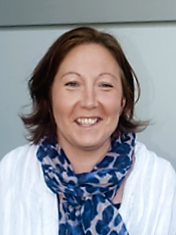 As a Professor in Zoonotic Bacteria Disease at UoL, Nicola has research interests including reservoirs and transmission of food-borne pathogens, transfer and maintenance of antibiotic resistance, and the molecular epidemiology of MRSA in wildlife, livestock and companion animals.

Research work on the important zoonotic enteric pathogen, Campylobacter, has allowed Nicola to undertake extensive fieldwork, including environmental and wildlife sampling, in vivo experiments, and qualitative studies on attitudes towards Campylobacter and biosecurity among poultry farmers and catchers.

In her AMR work, by using a combination of traditional microbiology and next generation sequencing, Nicola has been involved in looking at reservoirs, and selection and transmission between animals and the environment and man.