The HORN projects second Sandpit took place in Nairobi, Kenya between the 29th September and the 3rd October, 2019.

Looking to build upon the successful first Sandpit event held in October 2018, which saw four research groups receive collective funding of £178,000, the focus of the event was the United Nations’ Sustainable Development Goal 3, “Good Health and Well-Being”.

A successful Sandpit event should generate research ideas and high quality research proposals through a 5 day event that encouraged networking, collaborative working and interdisciplinarity. Research ideas generated needed to have an impact within the Horn of Africa region by responding to national (and regional) priorities using a One Health approach. This Sandpit provided an opportunity for the 22 participants to develop, refine and present their research ideas through a series of lectures and guided learning around One Health, ethics, grantsmanship, and how to present research proposals. 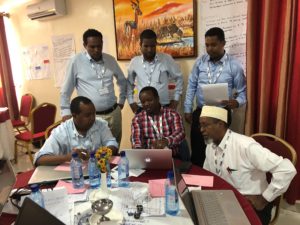 The event started on Sunday 29th September with a half-day networking session. Participants were introduced to the HORN project, the mentors, the research sites and areas, and to their colleagues who made up the research teams. Unlike the previous years event where teams came together during the event, this year the participants were allocated research groups in advance of the Sandpit.

On day two the participants began working within their teams to clarify and conceive the research area that they had been assigned. Working together, they brainstormed ideas and discussed ethical considerations and stakeholder identification. Ruth Omani, a Sandpit fellow from 2018, then gave a talk about her experience over the past eleven months since she received Sandpit funding.

The focus of day three was collaboration and creation. The teams worked on their research question, methodology, and incorporating feedback. After the hard work of the past few days, the participants were given some free time in the afternoon to relax; some went shopping at the local markets and mall; some visited the Nairobi national museum; others spent the afternoon in a snake park. 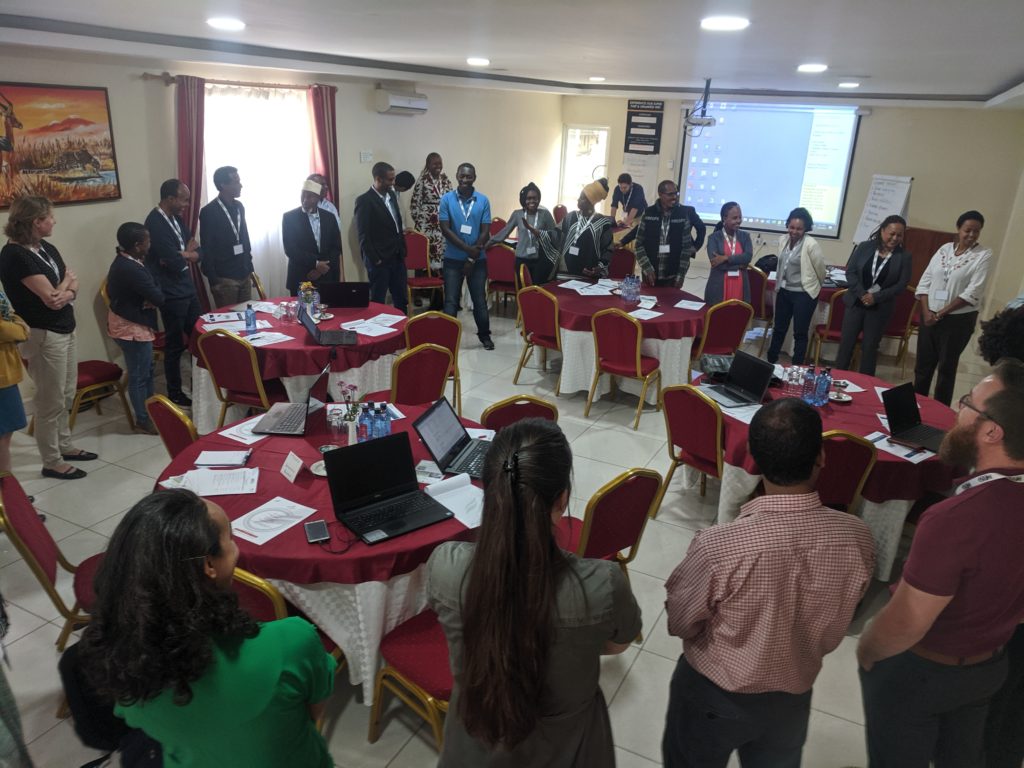 Day four saw the participants develop and prepare their research proposals; receive important guidance on pitching their ideas and preparing presentation slides; and they practised their pitches in preparation for the following day.

On the fifth and final day of the Sandpit, the eight research groups had 20 minutes to pitch their final proposals to a funding panel who would decide whether they received funding.

Following four days of presentations, breakout sessions, and a lot of hard work, the outcome for the participants was positive: all eight groups were given funding for their research proposals, totalling just over £225,000 (please see below table for individual breakdown of funding per research areas).