Ophélie Lebrasseur is a trained zooarchaeologist specialising in ancient and modern genetics. Her main research interest lies in the global dispersals of animals through time and the subsequent impact human-animal relationships have had on the development of human societies, animal-human health including genetic diversity, and the environment. She is particularly interested in the last 500 years, when the advent of transoceanic travel made the rapid translocation of animals across long distances possible. 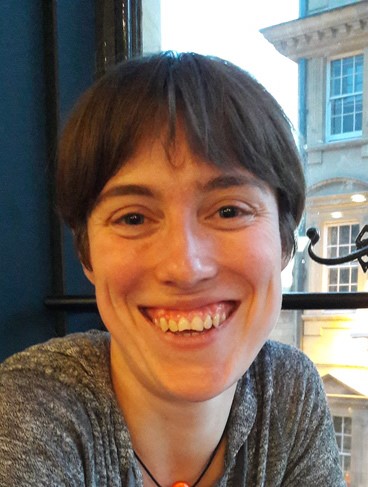 Ophélie completed her PhD in Archaeology and Anthropology at the University of Durham in 2014 under the supervision of Prof Greger Larson and Dr Una Strand Viðarsdóttir. Her thesis investigated the reliability of modern maternal genetic data in retracing domestication and early dispersals of dogs and chickens.

Following her PhD, Ophélie moved to Oxford where she joined the AHRC-funded project ‘Cultural and Scientific Perceptions of Human-Chicken Interactions’. Combining her ancient genetic results with other archaeological lines of evidence, she retraced the introduction of chickens in Europe and looked into localised and global population selection pressures and population admixture. As a follow-on, she was involved in the AHRC/GCRF-funded project ‘Going Places: Empowering Women, Enhancing Heritage and Increasing Chicken Production in Ethiopia’. Her role was to investigate the introductions of chickens in Ethiopia and the evolution of their genetic diversity into modern times, as well as the emergence of specific traits including disease-resistant genes. In 2017, she pursued her ancient genetic work on dog domestication and dispersal as part of the ERC-funded project ‘Unifying Domestication and Evolution through Ancient DNA’.

Ophélie joined the Department of Archaeology, Classics and Egyptology, University of Liverpool in 2018 as part of the One-Health HORN Project, and was based at the International Livestock Research Institute (ILRI) in Addis Ababa, Ethiopia until February 2021. Her research focused primarily on the evolutionary history of cattle in Ethiopia. She also conducted the first ancient DNA analyses on Ethiopian manuscripts, in collaboration with the Authority for Research and Conservation of the Cultural Heritage (ARCCH), Addis Ababa. The aim was to investigate the potential of such material as reservoir for ancient genetic data, in turn contributing to our understanding of past human-animal-environment relationships and health.
In February 2020, Ophélie was awarded a prestigious Marie Sklodowska-Curie Action Individual Fellowship for her project ARAUCANA: Archaeological and Anthropological Unravelling of Chickens using Ancient DNA in Neotropical America, which she will undertake beginning April 2021 as a member of the Centre for Anthropobiology and Genomics of Toulouse (CAGT), France, and the Instituto Nacional de Antropología y Pensamiento Latinoamericano (INAPL), Argentina. Drawing from her experience gained through both the HORN and previous chicken-
centred projects, Ophélie will investigate the cultural and genetic history of chickens in Neotropical America, aiming to collaborate with the local poultry industry and policymakers in the hope of contributing to food security and safety.